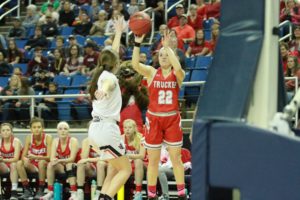 April provided the first glimpses of the impact that corona virus is having on the Tahoe-Truckee real estate market. Absent ski lifts turning for spring break crowds and any allowable tourist activity, the market slowed markedly yet showed very little sign of distress that could lead to meaningful price erosion.

An objective view of the year-to-date performance of Tahoe-Truckee real estate, without any context for the moment, would reveal data only slightly lagging the previous year. To date, the region has closed 344 residential transactions compared to 377 this time in 2019.

Median price grew from $629,000 to $639,000. April closings benefited from deals contracted at the end of February or early March before there was meaningful vision as to how impactful the quarantine would be. While transaction volume dropped 40% from the same month a year ago, median price slid by a mere .8%.

The media narrative is building consensus around a number of conclusions as to the predicted impact, or lack thereof, to real estate on a national level as well as within resort markets. While the economic impact to service workers is undeniable, historically low interest rates and persistent lack of available supply seem to have real estate on relatively stable footing.

Within resort communities, drive-to markets are likely to see a much faster return than farther destinations given the ease and perceived safety of travel. Tahoe, so deeply embedded in the culture of the Bay Area, is likely to see a major boost in tourist activity the moment travel restrictions are lifted.  Absent the spring and early summer rituals that often compete for the mind-share of our consumers including little league, graduations, weddings and summer camp, it is easy to foresee Tahoe having a strong season of families practicing the necessary form of social distancing in the mountains. This combined with an increased acceptance of remote work, could accelerate a trend already in motion whereby families seeking an elevated quality of life decide to make the move to higher elevation on a full-time basis.

While the next few months are likely to show a continued downward trend for transaction volume, we expect a major upswing in new inventory (including the majority of winter listings that simply opted to come off the market rather than cut price) as well as tours and purchasing activity. As such, this moment is less reflective of the 2007 – 2010 recession in that leverage and resulting distress, are largely absent.

As a community, Tahoe-Truckee is resilient. We are people that purposely create adversity in the form of mountains, snow, and weather simply for the thrill of navigating through it. This moment reflects that spirit as the community has come together to support one another and ensure that the future remains bright for all of those among us.